Photographer Anton Brey has spent decades exploring The Alps. To him, there is still so much to discover, and he is truly at home in the mountains.

How did you get involved in photography?

I have skied my whole life. I had a skiing injury so I had to study media design and started working in an agency. I worked on a magazine with them for eight years. For this I created 80% of the content, and that’s how I got started in photography.

You were born and raised in the Alps, what changes have you seen since you’ve lived here?

There have been a lot of changes in the sport itself. 15 to 20 years ago a lot of young people were snowboarding here. From around 10 years ago, you see less snowboarders in the pistes and much more skiers and young people going skiing The other thing that has changed a lot is the use of artificial snow. In the past 20 years it has changed so much. Now it’s a major tool to prepare the piste and have this kind of policy of groomed pistes for tourists.

What about nature? Have you noticed any changes over your years in the nature in the Alps?

The biggest change in the Alps is up in the glaciers. If you’ve been to a glacier and you come back after two years, you will find it’s not in this place it was before, it’s 80 meters more up the mountain. You really see year by year how the glacier is going back up. You can’t believe how much glacier gets lost. 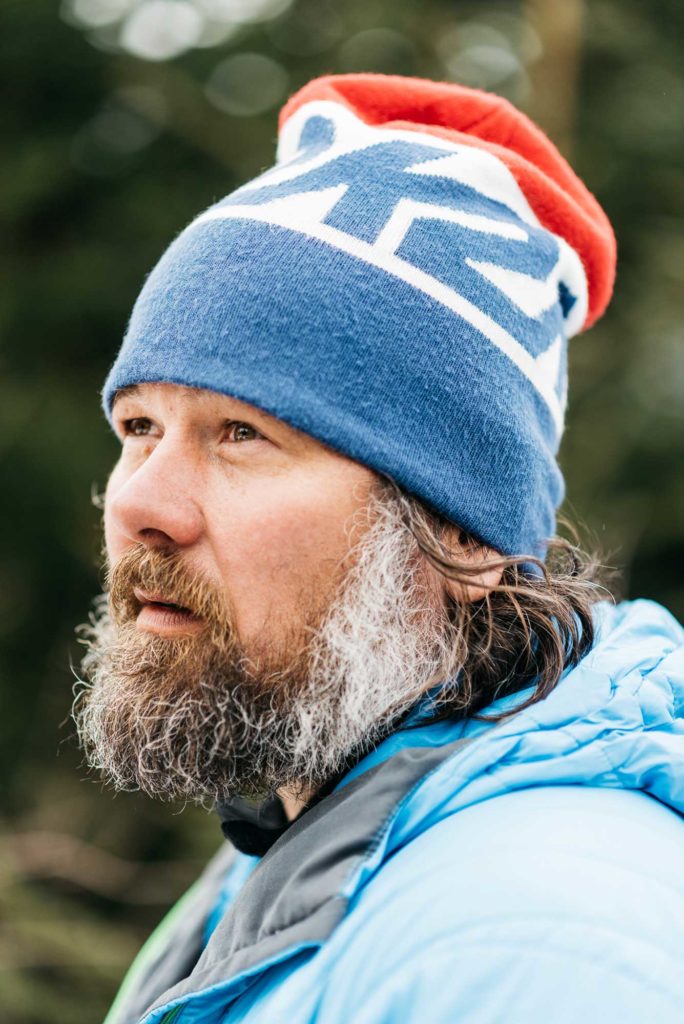 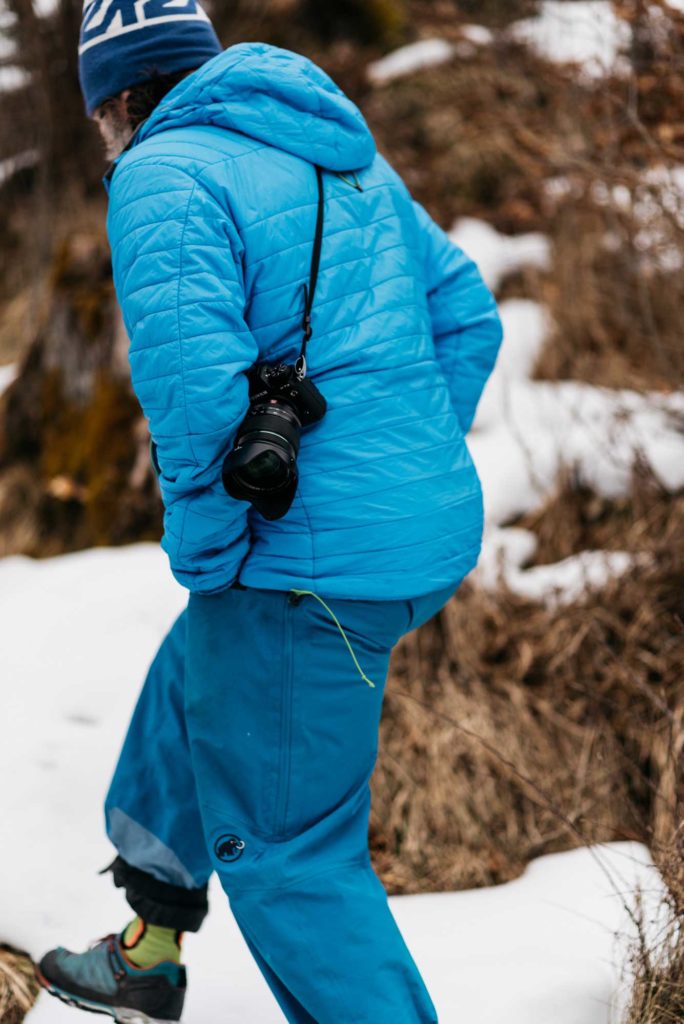 And what about the winters here, are they changing?

We have good years and we have bad years. The past two or three years were ugly and bad, the winter was coming really late and short – it  would come in January and by end of March it was over. When I look back to my childhood in the 70s we had really big winters and 10 years later there was no snow. Now every 10-15 years we have this kind of winter with a lot of snow.

Have you heard about any changes in winter anywhere else in the world?

In Siberia they have said it’s the worst winter for 11 years. It’s Siberia, it’s normally cold. I was there 4 years ago and it was crazy, really good, two metres of snow, cold. This years it was less than a metre.

And the people who make their living from the ski industry here. Is there been any changes?

The Garmisch ski resort is a tourist destination, as are most of these kinds of towns in the Alps, so they are living from the tourism. People are travelling more, there are more cars, more traffic jams, more pollution. Yesterday there was a traffic jam. It’s a problem of humans. People are telling always saying “slow down”, and then they buy electric bikes, not because it’s green but they buy it because they are too lazy to cycle normally. If you wanna relax and slow down, buy a normal bike and cycle. You can do more and see more. 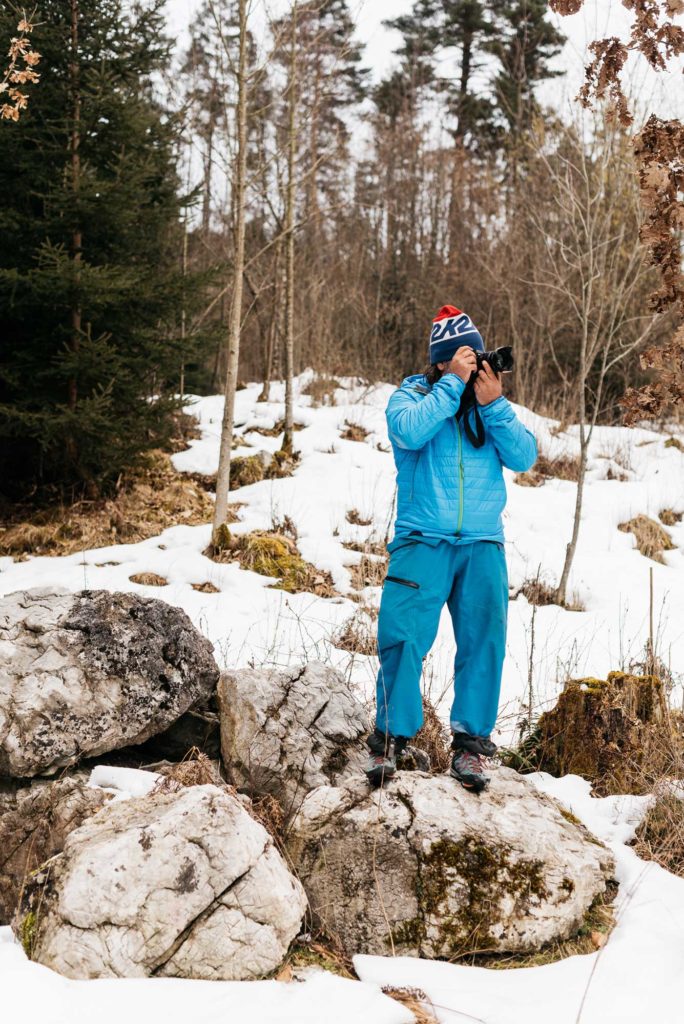 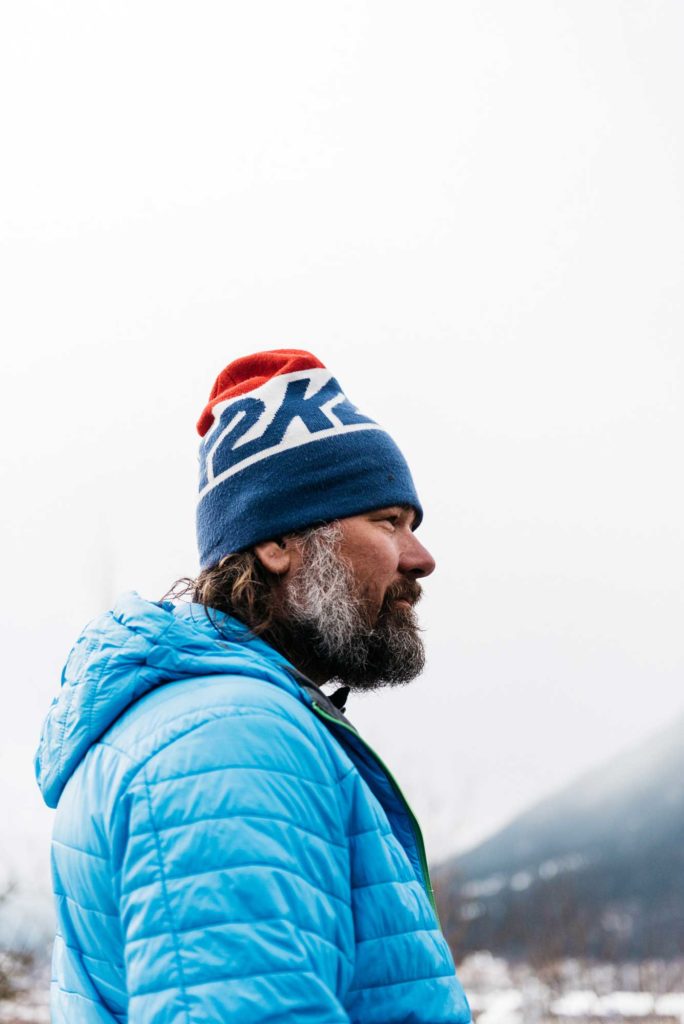 What do you think about the amount of artificial snow that it is being used?

So you think it’s a positive thing in a way?

If you look at it from point of view of the ski resort it is a positive thing. From an ecological standpoint you need a lot of fuel for the transport. If you have a piste you need to prepare and care for it. They need the water and the electricity for it. People are heavily against this but It’s part of the game. If you want to be in a green destination then close the roads, leave the cars outside, bring the tourists by train, no gondolas, nothing, electricity. Where do you start with being green?

Yeah, you think to be properly green you’d have to make a lot more changes than just stopping artificial snow?

Yeah, but then if you stop doing artificial snow then you have to stop the business.

The first reason for the artificial snow was just to cover the winters with less snow, but now it’s really a tool just to keep the quality of the piste.