Compared with other major capital cities around the world – London, Paris, or New York – Berlin feels wonderfully capacious. Wide streets, exquisite parks in every central neighbourhood and yet still, plenty of dormant space. As its population continues to blossom, however, the German capital will need to redefine its districts to better serve the needs of citizens. Enter Radbahn, an ambitious project that would transform the abandoned area beneath the elevated U1 subway line into a lively promenade for residents.

Urban landscapes are growing exponentially. In 1950, one-third of the world’s population lived in cities, but by 2016 this number had grown to more than half, according to data from the UN. By 2030, cities are slated to house two-thirds of the world’s population. Yet rapid urbanisation comes with a slew of challenges, as well as opportunities. Thankfully, forward-thinking city planners around the globe are coming up with new initiatives to accommodate the expansion and create better ways of living and working for the future.

For the interdisciplinary team of architects, urban planners and cultural managers behind the Radbahn project, Berlin’s ever-changing landscape is an opportunity to rethink the cycling infrastructure and repurpose the 9 km of underutilised space beneath the overground sections of the U1 – from Zoologischer Garten to Oberbaumbrücke – for public use. ‘Initially, the idea was to use the space as a bicycle lane, but the concept has since evolved into something bigger,’ says Perttu Ratilainen, Radbahn’s business mind and one of the eight founding members of paper planes e.V., the non-profit association behind the project. ‘Once we understood the quality of the space, the Radbahn concept started to include elements like e-mobility hubs at key public transport intersections as well as arts and culture projects in collaboration with the local community. It’s much more than just a bicycle lane now.’

The idea for Radbahn came about in 2014 and stems from Finnish entrepreneur Martti Mela, who is a friend of an architect of the Radbahn team, Matthias Heskamp. Martti and Matthias were questioning why it wasn’t possible to cycle on the path under the U1 and this sparked a series of events that led to developing the Radbahn concept, which was unveiled to the public the following year after months of honing. For the initial stages, the Radbahn team did not work under any official organisation but in 2016 they founded paper planes e.V. and registered it as a non-profit.

‘It’s about inspiring people to live a different lifestyle.’

Berlin’s population grew from 3.4 million in 2014 to 3.5 million in 2016 and the city’s Senate predicts it will reach 3.75 million by 2030. This trend has made mobility an issue, with extra pressure on public transport and an increase in traffic congestion and air pollution. Although Berlin is hoping to implement strategies that make so-called eco-mobility (on foot, by bicycle, or by public transport) more attractive by 2030, it has a long way to go. ‘Many roads here still don’t have bicycle lanes and the ones that exist are often in awful condition,’ says Perttu. ‘And then there are some car drivers – not all of them – that have an aggressive attitude towards cyclists.’

Selim Guelbas, an intern at Radbahn and a student in the Urban Future programme at the  University of Applied Sciences Potsdam, agrees. ‘As cities are getting older, the people living in them are also getting older,’ he explains. ‘We need to think about that when planning for the future. At the moment, Berlin is quite a dangerous city for cyclists – I rarely see older people or kids on the bicycle lanes. It’s important that they become safer for everyone.’ 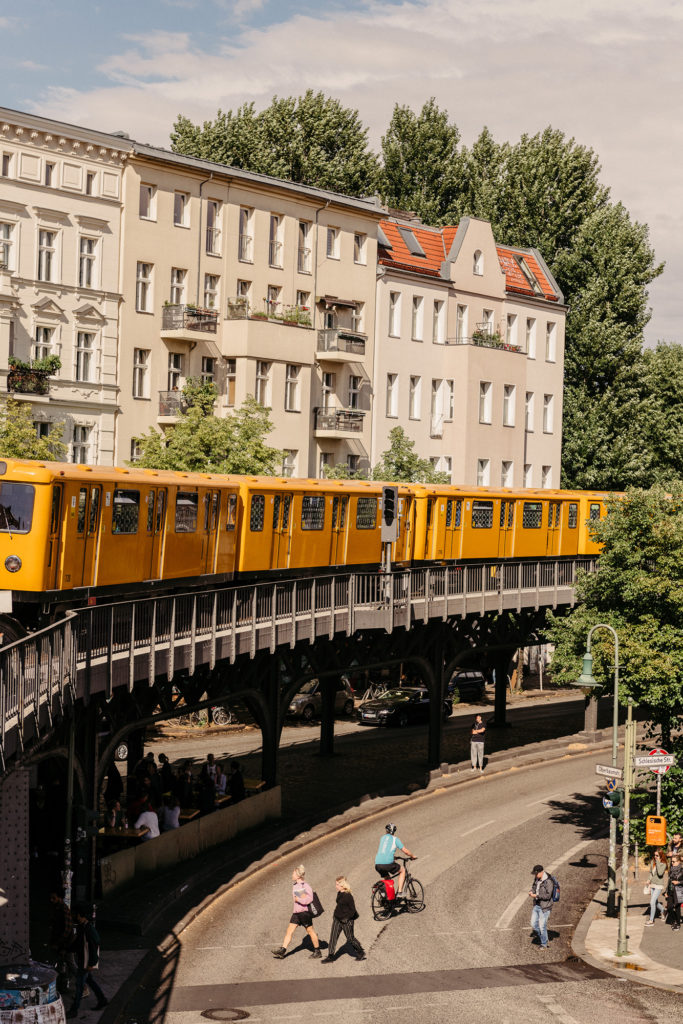 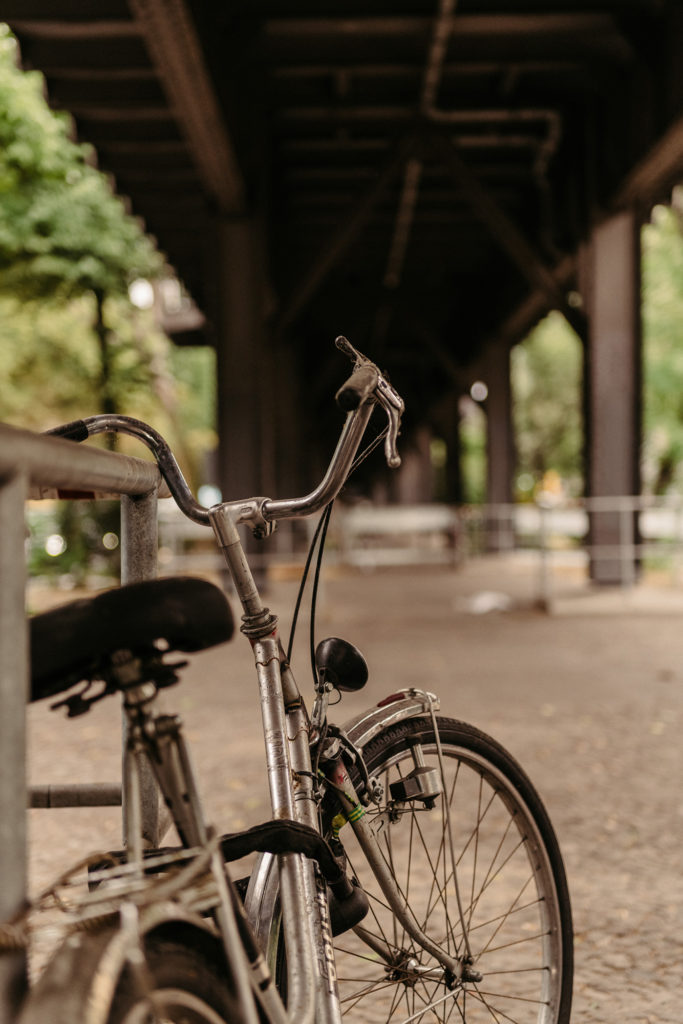 Perttu isn’t a fan of increasing the number of vehicles in the city and is even less enthused by car culture and ownership. However, he stresses that Radbahn was never about pitting one mode of transport against the other but creating a space for both. Most of all, it’s about making cycling so attractive that more and more people will want to ride their bikes. ‘Of course, the environmental aspect is important but at its core, Radbahn is about inspiring people to live a different lifestyle.’

Copenhagen and Amsterdam are considered model cities for cycling infrastructure and are certainly much more advanced than Berlin. Research shows that cycling is not only good for the environment and livability of cities but it also comes with economic, health, and societal benefits. By incorporating protected lanes, these cities have demarcated a safe space for cyclists of all stripes and so have proved successful. In Copenhagen, 41% of commuter trips are made by bike, according to 2017 data, a number that rivals can only aspire to.

‘We want to create a feeling for everyone that it’s a beautiful, shared public space where people can feel safe biking.’

Seville is another city reaping the benefits of investing in a segregated bicycle network. In 2006, Spain’s fourth largest city barely had any such infrastructure and, unsurprisingly, only 0.5% of all journeys were made by bike. After building 80 km of segregated bicycle lanes within 18 months (impressive in itself), the average number of all trips made by bike jumped to 6% in 2014. Although not yet at the levels of the Dutch or Danish, the growth has still been incredible.

If the Radbahn project comes to life, it would go even further than the cycling infrastructure of Amsterdam, Copenhagen and Seville, as its goal is to not only transform the underutilised space beneath the U1 into a cycling path but also to create a vibrant promenade for the community to foster connections. ‘With gentrification happening so fast, there are currently so many divisions within the city – between the young and old, rich and poor, foreigners and locals,’ explains Perttu. ‘With Radbahn, we want to create a feeling for everyone that it’s a beautiful, shared public space where people can feel safe biking and also interact with one another.’ At the moment, the paper planes team is rallying support for Radbahn from key stakeholders in the city and hope to have a section of the project built by 2021.

Artist Renderings of the Radbahn

The concept has similarities with Paris’s Promenade Plantée and the High Line in New York  – two abandoned, elevated railway viaducts that were revamped into lush public parks lined with greenery. The main difference is that Radbahn is on the ground level and incorporates a bicycle lane, which means taking into account the existing transportation infrastructure and requires even more detailed planning. ‘If people are interested in changing their own urban environment, it’s something that can certainly be done but it requires a lot of work and it doesn’t happen overnight,’ says Perttu.

When asked about the current status of the project, Perttu says the team is trying to convince Berlin’s authorities to conduct a technical feasibility study for some of the sections of Radbahn so they can plan more detailed design specifications. If the study goes through as planned, Perttu and his colleagues will host a showcase event revealing what one section could look like and start engaging with residents to gather feedback on how to approach the rest of the development. It would make the project more tangible for the public and hopefully, reel in more support to realise the vision.

Ideally, Perttu says, all of these efforts would lead to one section of the Radbahn being built by 2021, in time for Germany’s federal elections. That timeline may sound distant but as Selim notes, it took the city of New York nearly six years to take ownership of the High Line. ‘We’re actually a little bit ahead of them, since we’ve already received some support from the city,’ smiles Perttu. In addition, the Radbahn team was presented with an Ecodesign Award in 2015, from the Federal Environment Ministry in Berlin.

‘I’m so impressed by the many people who have supported the Radbahn project through their work and contributions.’

Turning Radbahn into a reality is no easy feat, especially in Berlin, where projects like the Brandenburg airport – which was supposed to open in 2012 – continue to be plagued with technical issues and delays. For the Radbahn team, some of the biggest challenges they face come from a lack of resources – timewise and financial. ‘It’s difficult to stay motivated when there’s so much uncertainty involved,’ says Perttu, ‘Especially when you don’t know what’s going to happen in the next couple of months or whether we’ll have enough money to continue.’ Although the project has received bits and pieces of financial support from the government, a crowdfunding campaign, and some corporations, most of the founding team members have full-time jobs elsewhere and a large chunk of the work contributed thus far has been from volunteers. The overwhelming support from people of all backgrounds in the city is what has kept the team going. 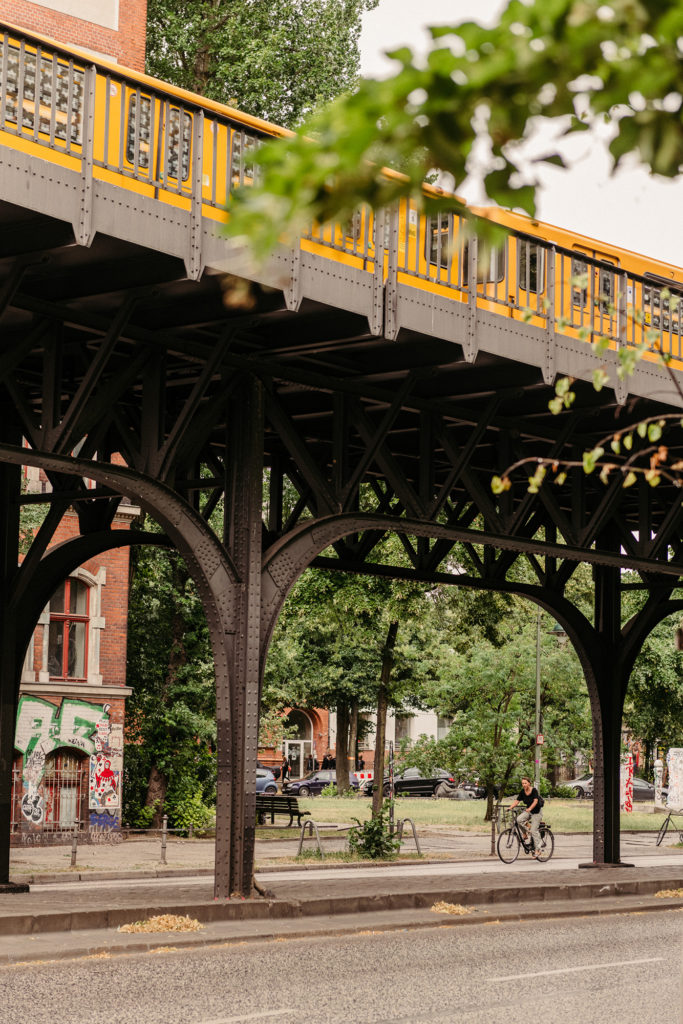 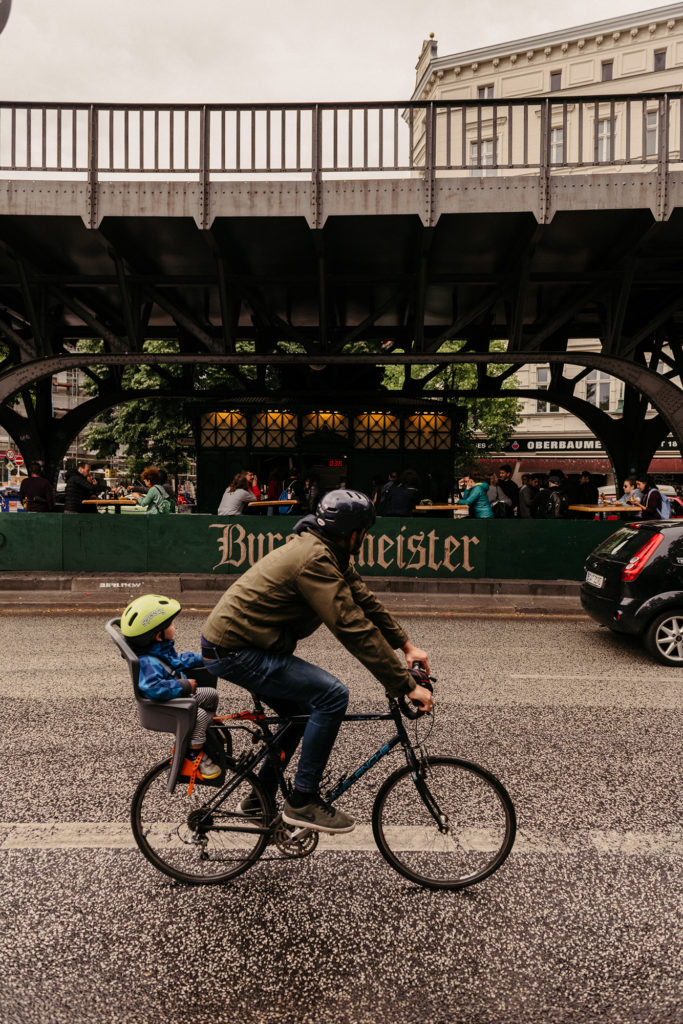 In the spring of 2017, the team developed a 140-page book with the help of experts and volunteers that acts as a preliminary study on Radbahn. The publication delves into the project’s feasibility as well as the many ways that Berlin would benefit from it; environmentally, economically, and culturally. ’I’m so impressed by the many people who have supported the Radbahn project through their work and contributions, from producing promotional films and content to conducting research and giving donations,’ says Perttu. ‘This wouldn’t have been possible without the support from all of these people.’

Because of the unwavering support that Radbahn has received, the team remains optimistic and continues to encourage people to get involved, whether through financial support or otherwise. Pettru says they’re also open to collaborating with corporations and other groups who want to improve Berlin’s cycling infrastructure and future cityscape. For the project to move forward, staff will need to be paid for their hard work.

Festivals have long been a celebration of culture, of the arts, of life itself. But...

Artist Renderings of the Radbahn

Festivals have long been a celebration of culture, of the arts, of life itself. But...