Glacier scientist Lea Hartl works in Innsbruck, studying glaciers and permafrost in the region and further afield. It’s one of the most visible signs of the changing climate.

How did you begin working in this field?
My undergraduate was in neurology and geophysics at the Meteorology Institute here at the University of Innsbruck. I started going on field trips because I enjoy skiing and being outside. I got an opportunity to study my PhD and I’ve been employed part-time at the institute for various projects. I love being outside in the mountains and I find it interesting how they are changing so this type of work suits me.\

From your studies, do you think that winters are getting worse, as in becoming warmer with less snowfall?
Well, you’re talking about two different issues. One is temperature and the other is precipitation.

We have a fairly good idea of what is going to happen with temperature in the future. Precipitation has a lot more uncertainty and variability attached to it. So you need to look at those issues one by one. Of course if you’re a skier you tend to associate a good winter with a lot of snow and a lot of precipitation but technically you could have a lot of precipitation and a fairly warm winter. I’m a skier myself so I like a lot of snow but we’ve had relatively warm winters with a lot of snow so it’s hard to kind of say whether the winters are getting worse or better because it’s poorly defined what a bad or a good winter is.

Are changes being found in the seasons in the Alps?
Just like global temperatures are rising, we are also seeing temperatures rise on average in the Alps during winter, and in fact the temperature rise is somewhat larger than the global average. It’s a bit more complicated with precipitation; there is no super clear signal about whether there is more or less and if it’s a significant trend.

Could you explain some of the effects on nature that you can see from the rise in temperature?
One of the obvious things we see is glacier change and the loss of ice at the Alpine glaciers. Also there are other elements of the mountain specifically; permafrost is undergoing changes that are less visible. They’re among the key aspects we analyse at the institute.

Can you pinpoint the reason for this change in the glaciers?
Temperature is definitely the strongest driver of glacier change, from recession to growth. We have a relatively clear trend in temperatures and we’re seeing the result of that in the glaciers and the way that they’re changing. The other parameter that covers how glaciers work is precipitation. There are indications that globally wet regions will tend to get wetter and some regions will tend to get drier but on a local, regional scale, it’s really hard to say what is going to happen because we don’t know how weather patterns may change. 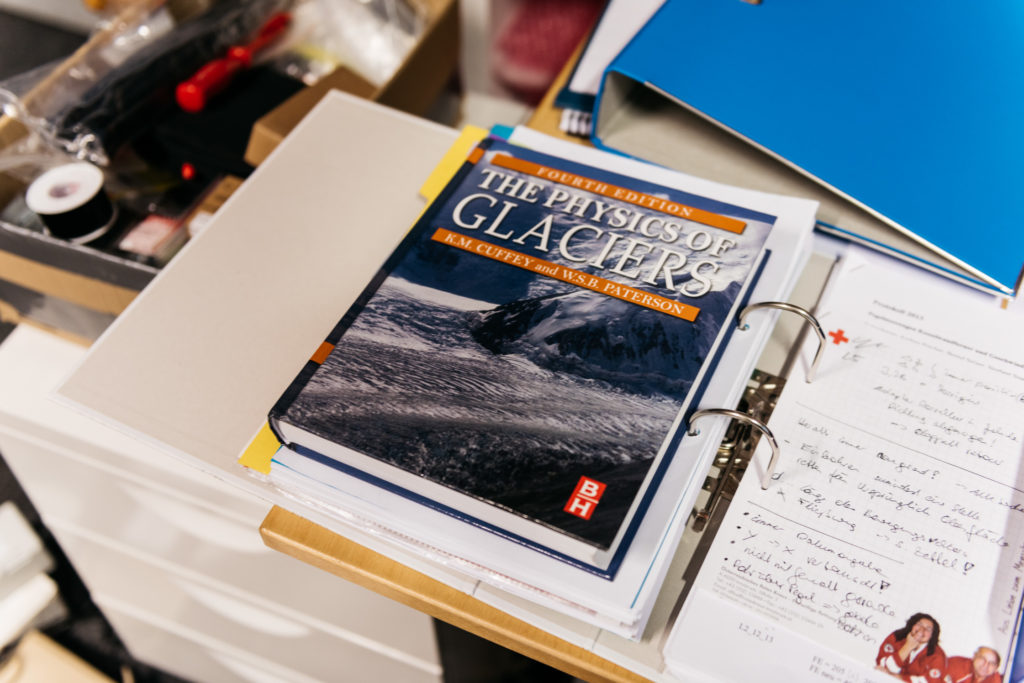 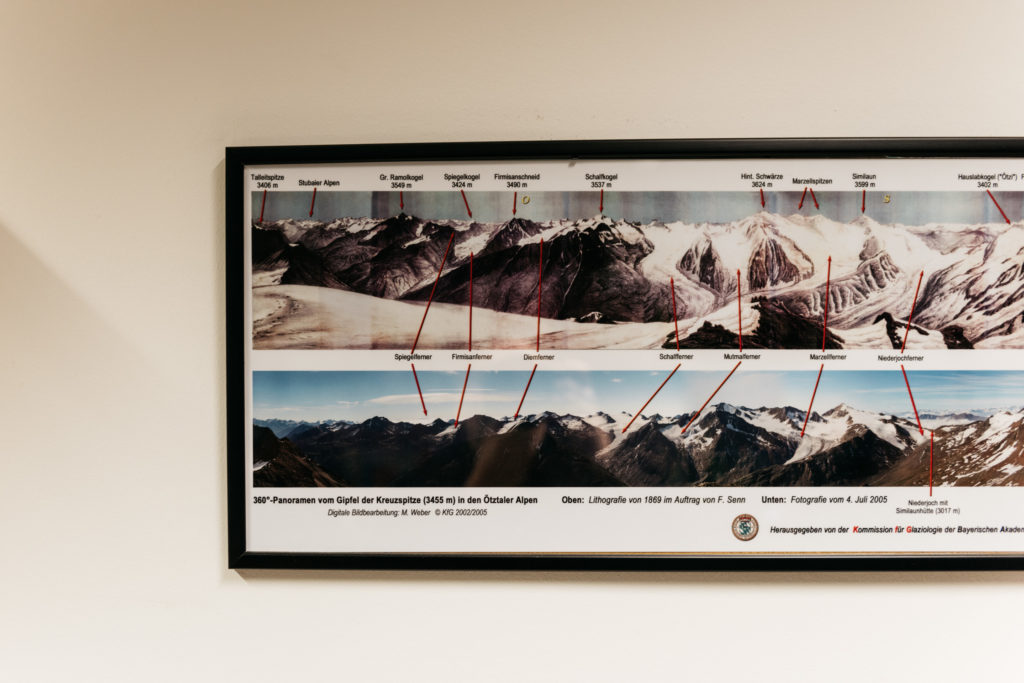 "Temperature is definitely the strongest driver of glacier change, from recession to growth."

How do changes in the glaciers affect the locality?
Something that directly affects people who use the mountains for recreation is that certain routes found in old maps no longer exist in the way they used to. For example, in the high Alpine mountains where you would have been walking on a fairly mellow glacier stoop in the past has become more crumbly, with mixed rock, and so is more difficult to navigate. However, in the Alps the glaciers are not as important for fresh water as for other mountain ranges because we get so much precipitation here.

What could be the future effects if glaciers continue to recede as a result of temperature change?
I think the very negative effects will be seen in more typically warm mountain regions where there’s less precipitation so people rely on glaciers for drinking water and irrigation for agriculture, and where also the population is not as resilient as we are here, for example in developing countries. However, tourism is a huge industry here, which a lot of people rely on to make a living. Climate change and glacier recession play a role in the way that people choose to make sport in the Alps. So it’s a question of scale; it’s not as serious as not having any water to drink but being unable to ski would still be an issue.

Have there been any changes in tourism as a result of climate change?
I think a bad winter in terms of skiing, when it’s warm and there’s no snow, has a fairly immediate effect on tourism but I wouldn’t say that’s directly linkable to climate change because one bad winter does not mean climate change. Even ten years of bad winters is still not long enough on a climatological scale to talk about definite, significant changes. What we have been seeing is that lower elevation resorts that are less equipped to deal with warm, bad winters increasingly diversify the kind of activities they offer and they start to look more for summer sports, such as mountain biking and hiking. 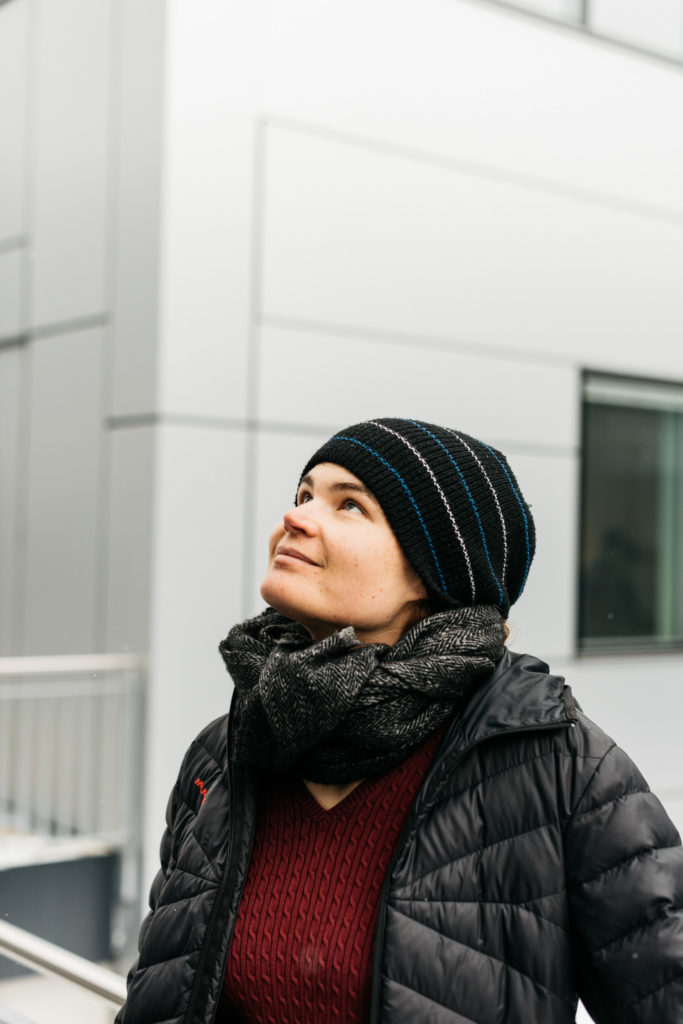 Have you seen any effects from climate change on nature in the Alps?
That’s really outside my area of expertise, there are others at the institute looking into that. But I think it’s fair to say that some plants and animals benefit and some don’t. One thing that biologists and ecologists at the University of Innsbruck have said is that as species become free of ice and the glaciers recede it creates this new space that certain species can inhabit and that is certainly happening. You see plants and mainly insects move higher up and find new habitats in this way.

What is the general level of awareness among locals about climate change?
I think awareness is pretty good in our region because we are right in the middle of the mountains and so glacier change in particular is very obvious. People can see that directly and a lot of people have memories of what these glaciers looked like when they hiked among them as a child with their parents, or even from old photographs or paintings. Outside the mountain community, I think there is room for increasing awareness. Of course if you don’t spend time in the mountains or haven’t seen a glacier previously, then any changes are less obvious.

Is there anything you would like to see changing in the future to improve the work you do at the institute?
We do a lot of long-term monitoring of glacial change and it’s sometimes not that easy to get funding because it’s not the kind of flashy, sexy science that people like to see. However, it’s really important because only the long-term series will give you information on that climatological scale and that’s the sort of scale we have to look at if we want to determine if there are significant trends and what they look like. So I would like to see more funding for long-term research. 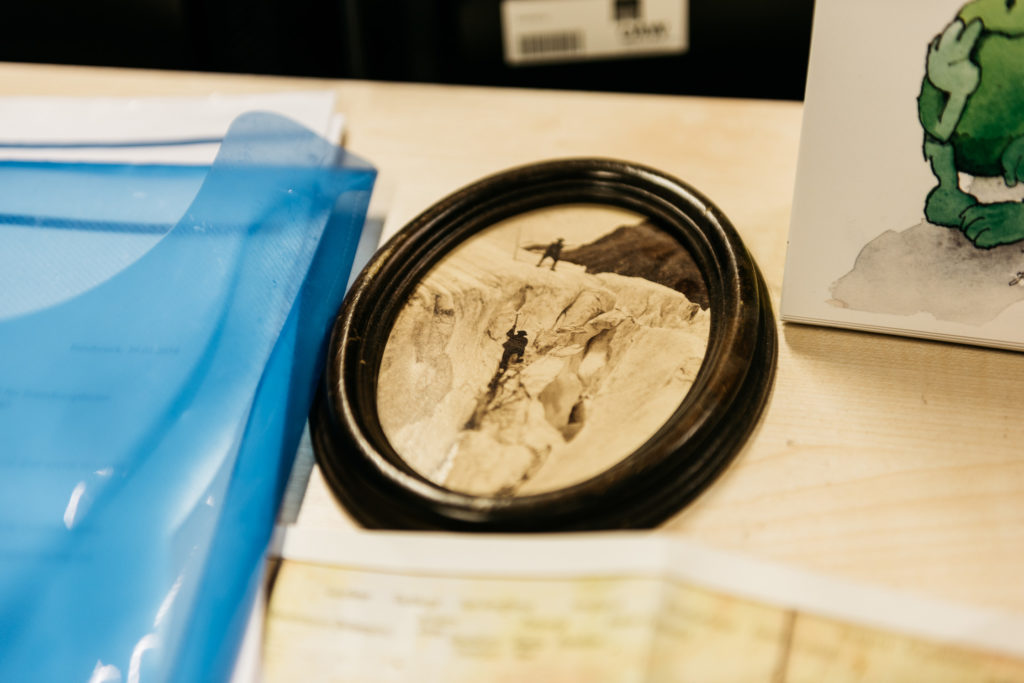 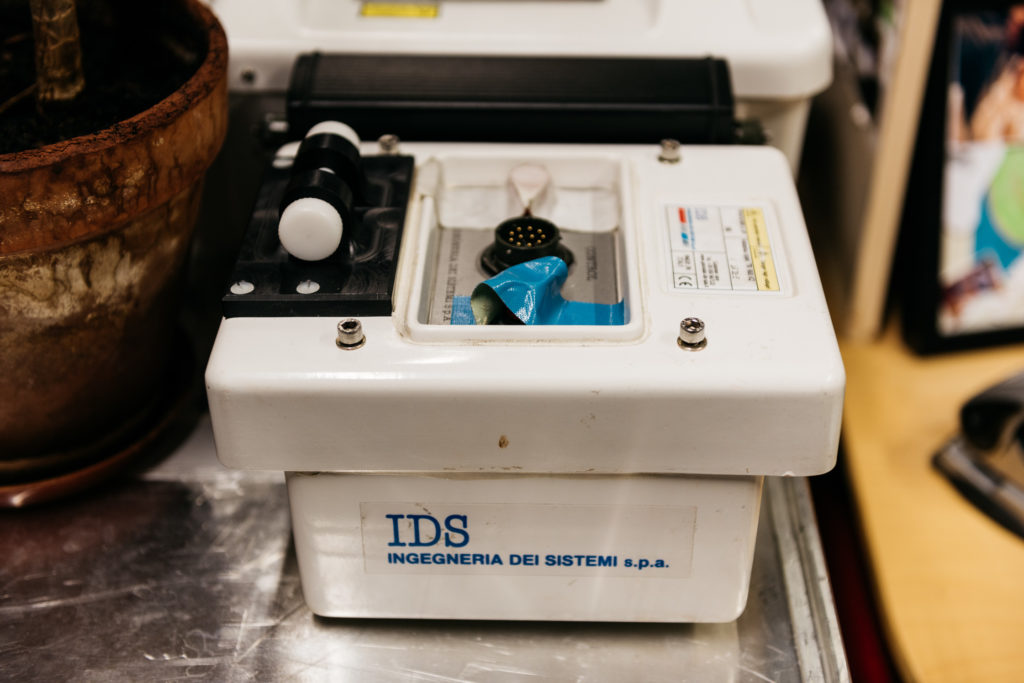 What can the long-term study of glaciers tell us?
Analysing glaciers over many years is really important because they’re essentially these big chunks of ice that react to different patterns of precipitation and temperature changes. If you look at a big chunk of ice and it keeps getting smaller and smaller then that’s a pretty clear indicator that something is happening with temperature and possibly with precipitation.

What do you think about public debate surrounding climate change?
It’s good that there is public awareness but the fact that the public debate gets so heated at times is difficult. However, there are reasons behind this. In that debate you’ve got academia and science on one side and then on the other side you’ve got the media and the public. The scientific side tends to do things in a very complex manner and can be bad at expressing points in a way that media people and the public understand. The media will then take what we say and simplify it in a way they hope the public will understand. Sometimes things get lost along the way and that doesn’t make it any easier.

Have you ever come across any shocking data?
Everyone in this office has a particular glacier they’re in charge of and that’s the glacier where you spend the most time. So you do see fairly extreme changes in the size of the crevasses. Of course, you have really extreme years and then others where not much happens.

Do you develop personal connections with the glaciers?
They do have names but no I don’t get attached. The cool thing is not necessarily how they change because of temperature but because of how they move. Glaciers tend to creep; you think you know where the crevasses are but you don’t, which can also be interesting in terms of safety. I’ve never had any accidents but we do spend a lot of time in the field when conditions are far from optimal so it is always at the back of your mind, or more like the front of your mind!

The Alps Are Changing #2: ‘You’re definitely leaving a footprint somewhere’

Sebastian Steinbach is the owner of Black Sheep, an independent freeride ski shop based in...

The Alps Are Changing #1: ‘I can feel it’s getting warmer and warmer’

Freeskier Max Kroneck has lived in the Alps for his whole life and even in...